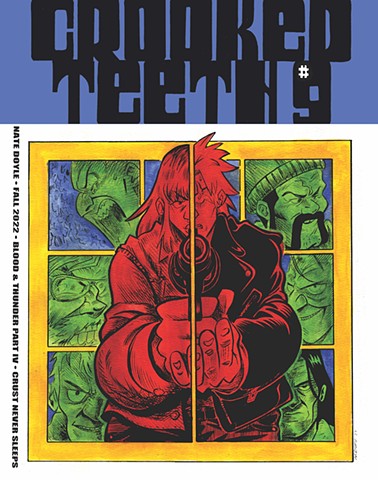 Nate Doyle has been self publishing their work since 2006. Crooked Teeth Comics, described as a "one person anthology", collects a variety of serials, short stories, auto-bio comics and vignettes that either ooze with sentiment or lend themselves to bouts of irate psychedelia. Outside of self publishing Doyle's work has appeared in numerous publications and formats. Seeing work collected in comics anthologies - published by Image Comics, Random House, the Providence Comics Consortium - accompanying editorials, while gracing t-shirts, album covers and gig posters. Doyle lives and works in Brooklyn, NY.